Our executive leadership team brings together collective expertise earned over many years in key disciplines. From science, mechanical and electrical engineering to product development to human resources, customer service and support to operations and strategy, finance and logistics. Their expertise is your assurance that Husky solutions and technologies will always be at the forefront of innovation. And that our people are proactively focused on the long-term success of our customers.

John Galt is President and Chief Executive Officer of Husky, appointed in September 2005. Mr. Galt joined Husky in 1985, and throughout this time, he’s held a variety of progressive positions throughout the company’s global organization, most previously as Vice President, Operations and COO, prior to which he was Vice President, Engineering. Mr. Galt holds a mechanical engineering degree from Ryerson Polytechnical University. 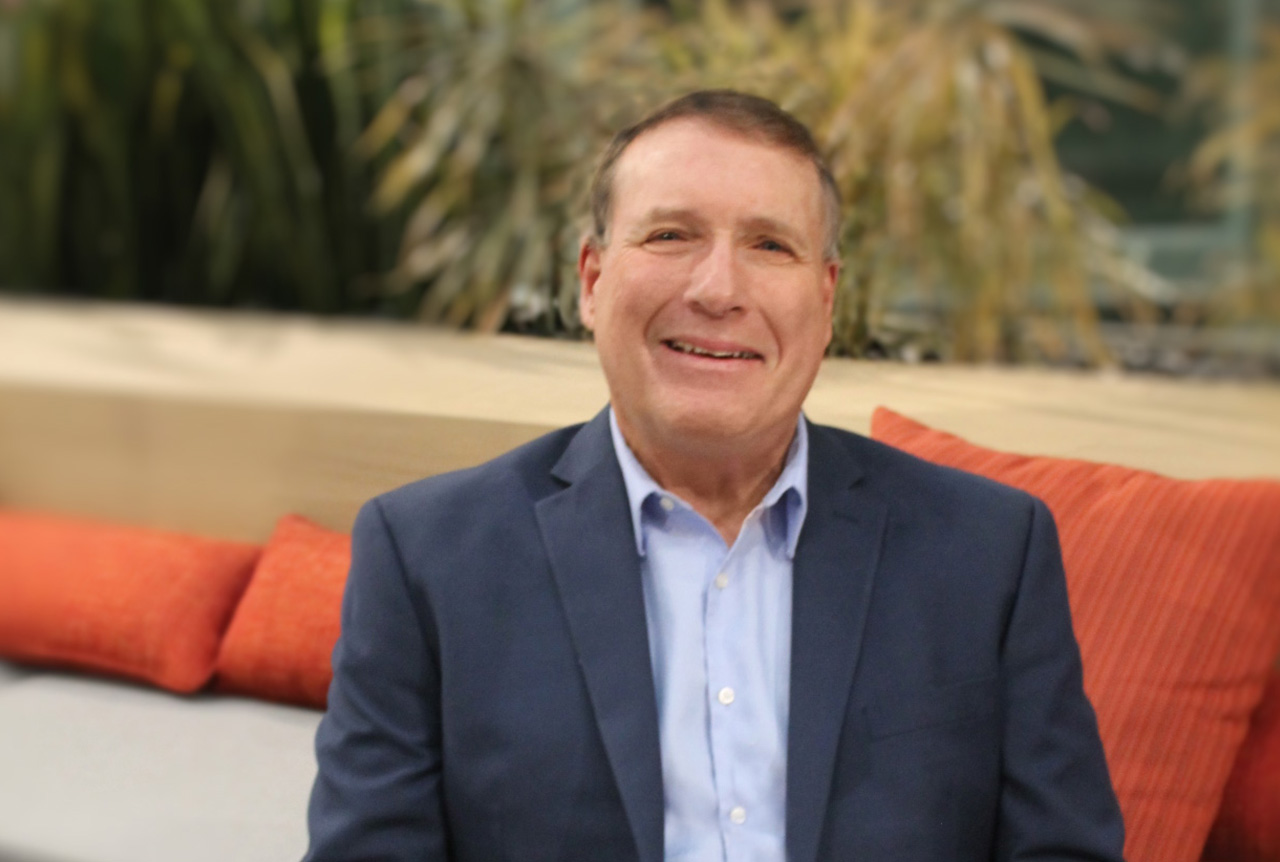 John Hafferty joined Husky in March 2019 as Chief Financial Officer, bringing more than 35 years of financial and business experience with global companies. Prior to joining Husky, he was most recently CFO for ElectroRent, a global rental equipment company that rents and sells test and measure equipment. Mr. Hafferty has also served as CFO for BlueLine Rental and has held numerous CFO positions with global transportation and logistics companies, along with being a CFO of a U.S. publicly traded company. Mr. Hafferty has a Bachelor of Science degree in business administration, with the major being in accounting, from Kansas State University. He also holds a U.S. CPA license (inactive).

Wesley Grove has held the role of Chief Operating Officer since September 2019. Prior to this appointment, Mr. Grove served as Vice President of Husky’s Next Generation Operating Model, starting in September 2017. Mr. Grove began his career with Husky in 2000 as a designer in the hot runners and controllers business in Vermont. Throughout his career, Mr. Grove has held roles on several campuses across the business, including Sales Support, Operations and Development Engineering, as well as within our Strategy Development Program as end-to-end leader for the multilayer workstream. Mr. Grove holds a degree in mechanical engineering from Pennsylvania State University. 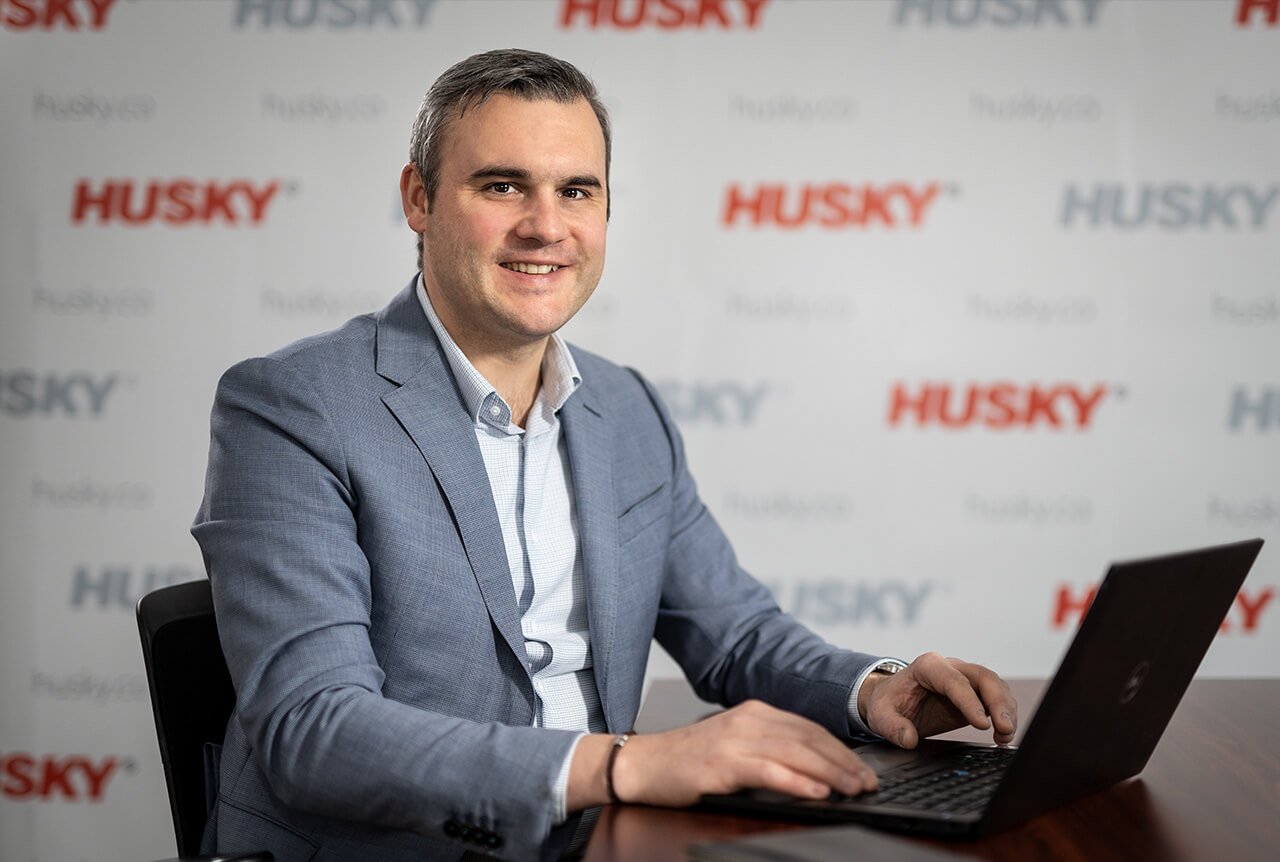 Aurelien Bastien is President, Hot Runners and Controllers and Medical, appointed in October 2019. Since joining Husky in 2004, Mr. Bastien has held roles of increasing responsibility throughout the global organization and brings a wealth of business, product, customer and competitive knowledge to his role. Previously, he was the Vice President of Beverage Packaging China, Japan and Korea. Mr. Bastien holds a master’s degree in mechanical engineering from the University of Technology Belfort-Montbéliard. 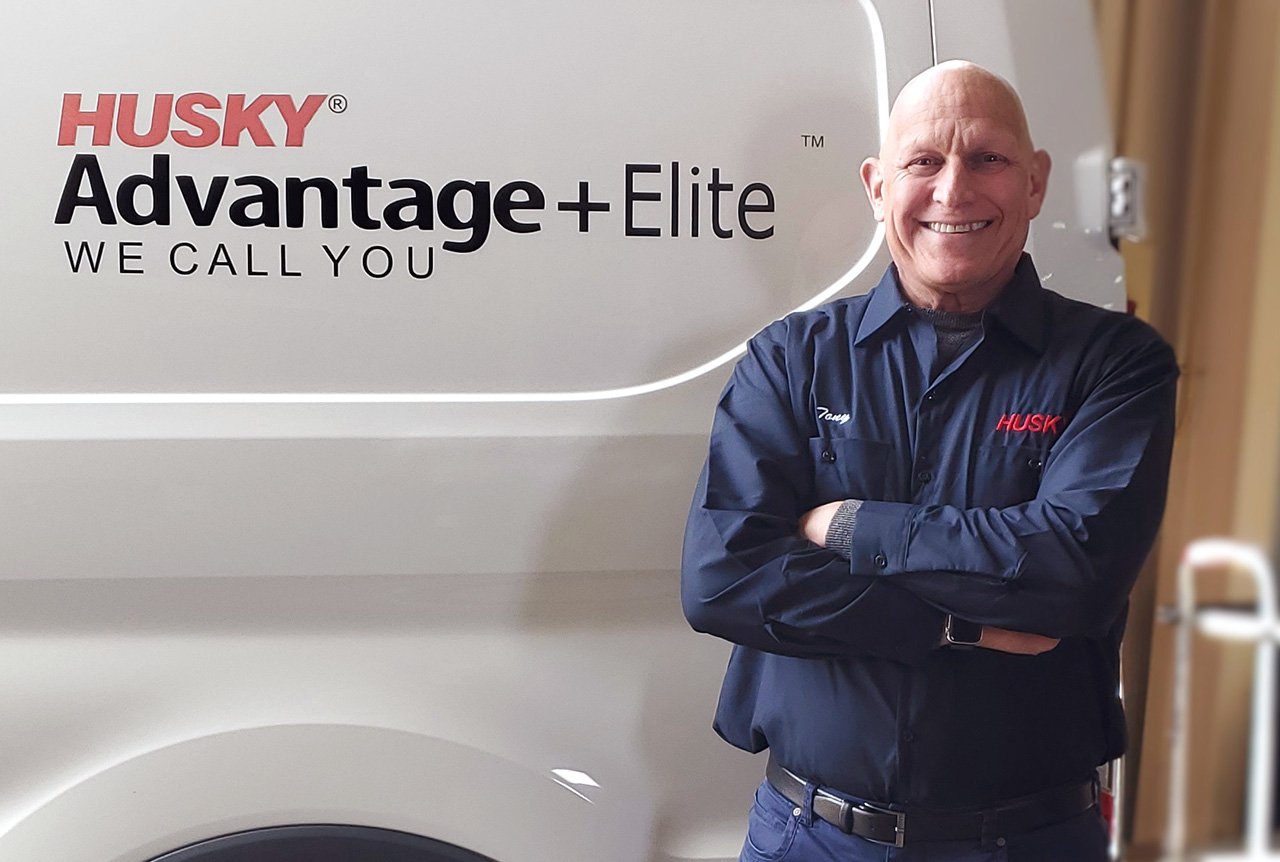 Tony Black joined Husky in January 2020 as President, Service. Mr. Black brings more than 25 years of experience in global business development and operations. He has a record of accomplishment for consistently improving customer satisfaction and service-oriented performance. Prior to joining Husky, he was most recently Vice President, Service Business, for Otis Elevators, a large multinational organization, where his accomplishments include developing and deploying a service transformation strategy and establishing best practice sales and field processes to improve the customer experience. Mr. Black holds a master’s degree in business administration from the University of Virginia Darden School of Business and a Bachelor of Science degree from Florida Atlantic University. 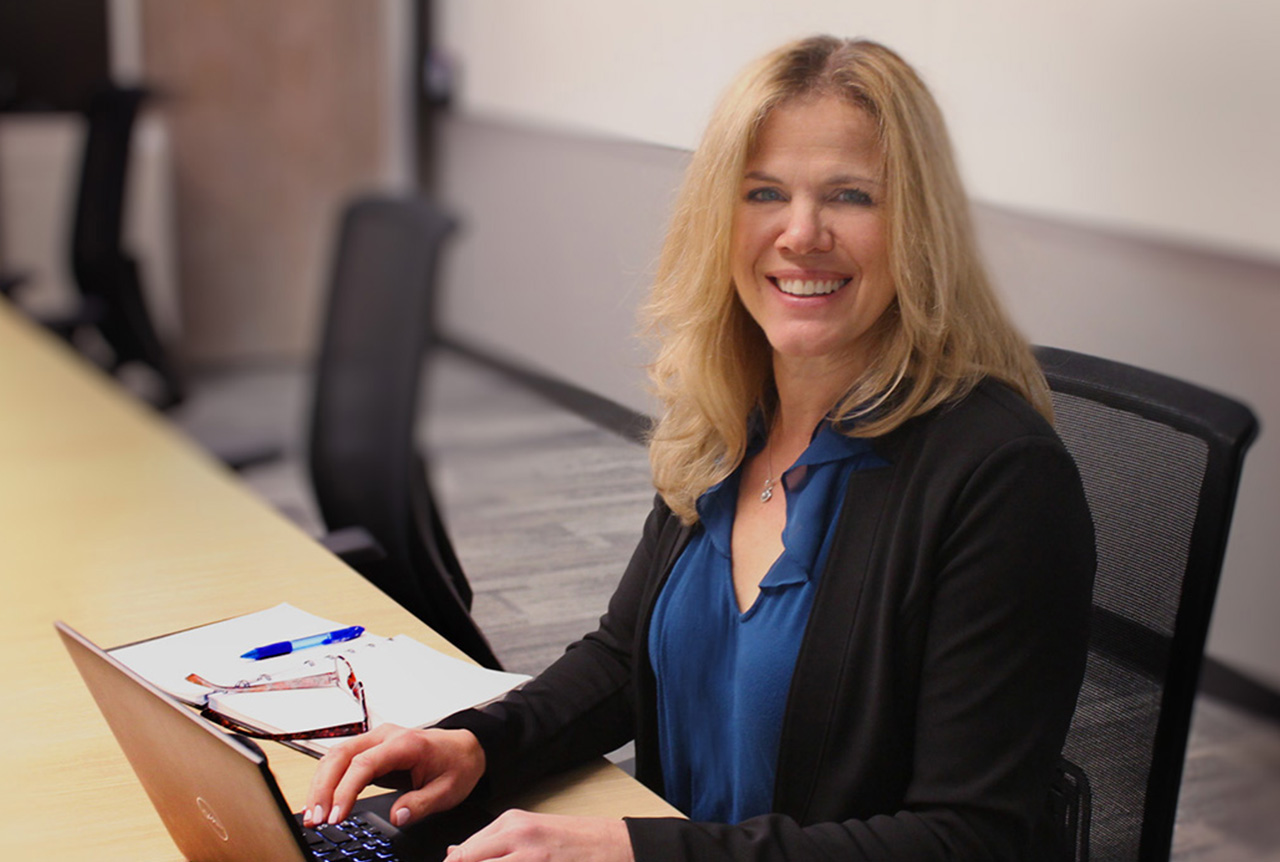 Stacie Kordts was appointed Vice President, Human Resources, in November 2016. Prior to this role, Ms. Kordts led Husky’s Human Resources Shared Services and Talent Acquisition functions. Since joining Husky in 1996, she has held progressively senior roles in numerous areas of the organization. Ms. Kordts holds a Bachelor of Arts degree from Wilfred Laurier University and has completed postgraduate work in Strategic Workforce Planning at the Human Capital Institute, United States.

Joachim Niewels was appointed Vice President, Innovation and Sustainability, in June 2019. Since joining Husky in 1999, Mr. Niewels has held a number of progressively senior roles and has overseen several significant technological initiatives. His previous positions include Director of Advanced Solutioning, Engineering Manager and Product Development Manager. Mr. Niewels holds a master’s degree in science from the University of Paderborn. 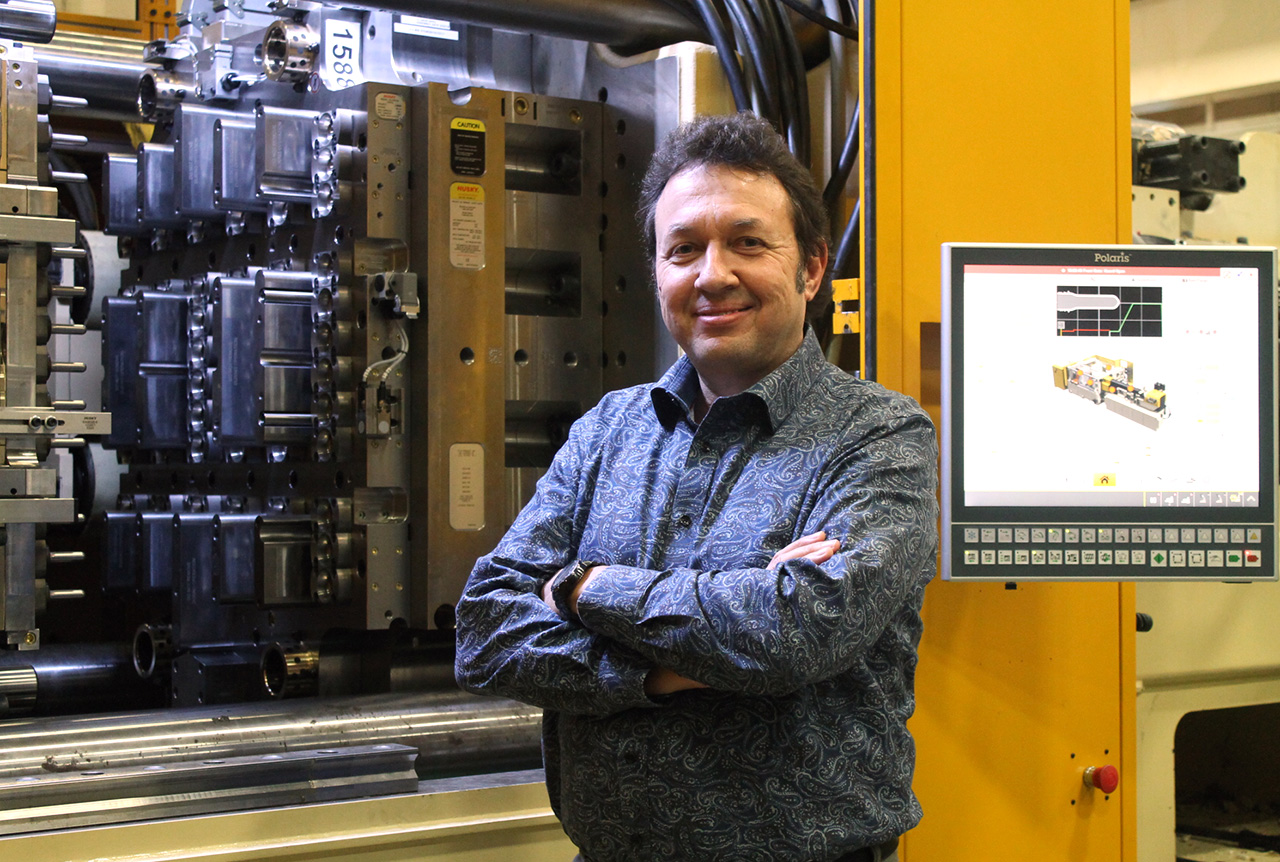 Roman Pirog is Vice President of New Service Delivery. Since joining Husky in 1996, Mr. Pirog has developed a professional background in development engineering and has held a number of key roles, including Designer, Injection Team Leader, Platform Engineering Manager, Director of Development Engineering and most recently Vice President of Engineering and Business Development. During his career, Mr. Pirog has significantly contributed to many of the company’s products, including Hylectric®, HyPET®, HyCAP™ and Altanium®. He holds a Bachelor of Applied Science degree in mechanical engineering from the University of Toronto.

WE’RE HERE FOR YOU, ALWAYS

Husky is here for its customers, prospective customers, partners and communities—whatever you need, whenever you need it. Simply complete our form and we’ll do the rest. You can count on it.